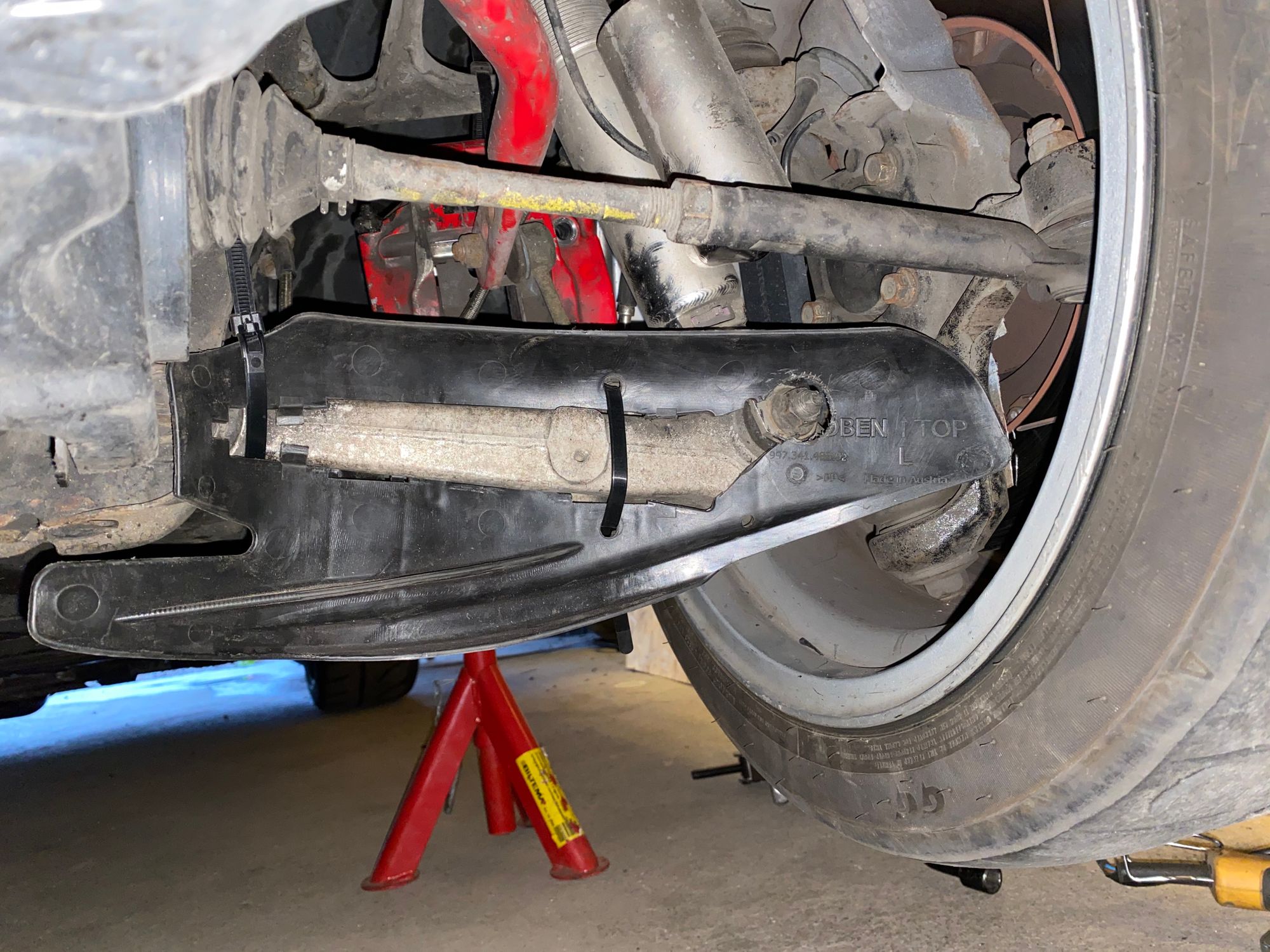 Porsche has some really well engineered stuff on their cars like their hood vent but also their brake ducts which scoops up air from under the car and channels it into the brake disk.
Paid $15 brand new for both! Not sure if they fit but for that price it was worth a try.

These are from a Porsche 997 GT3. There are some even bigger ones from the 997 Cup car.
Some pics of how they sit on the Porsche here

I have previously tried using these ducts but whatever hose I used it shredded after a single trackday and it limited steering lock with my external reservoir KW suspension.

To make them fit the lover control arm I had to do some modifications to clear the lower shock bolt and some holes for zip ties.

I also trimmed the lover part of the OEM brake shield away as can be seen here.

I rushed the install to do a thorough test on the upcoming trackday at Vålerbanen but due to MAP-sensor problems and another “minor” mishap I was not able to stress the brakes enough to feel any difference.
They held up nice though including jumping curbs.
I hope this helps with crappy BBK I’m using now which turns soft after a 10 min session making braking unpredictable.

UPDATE 2020.09.20: After testing these on two trackdays I’m confident that this has helped braking performance. Brake fade is much better and I have purposely not bled the brakes in between. Although not perfect (which this kit will never be) I have had none of the “Oh S***” moments while still running sub 1:40 laps.