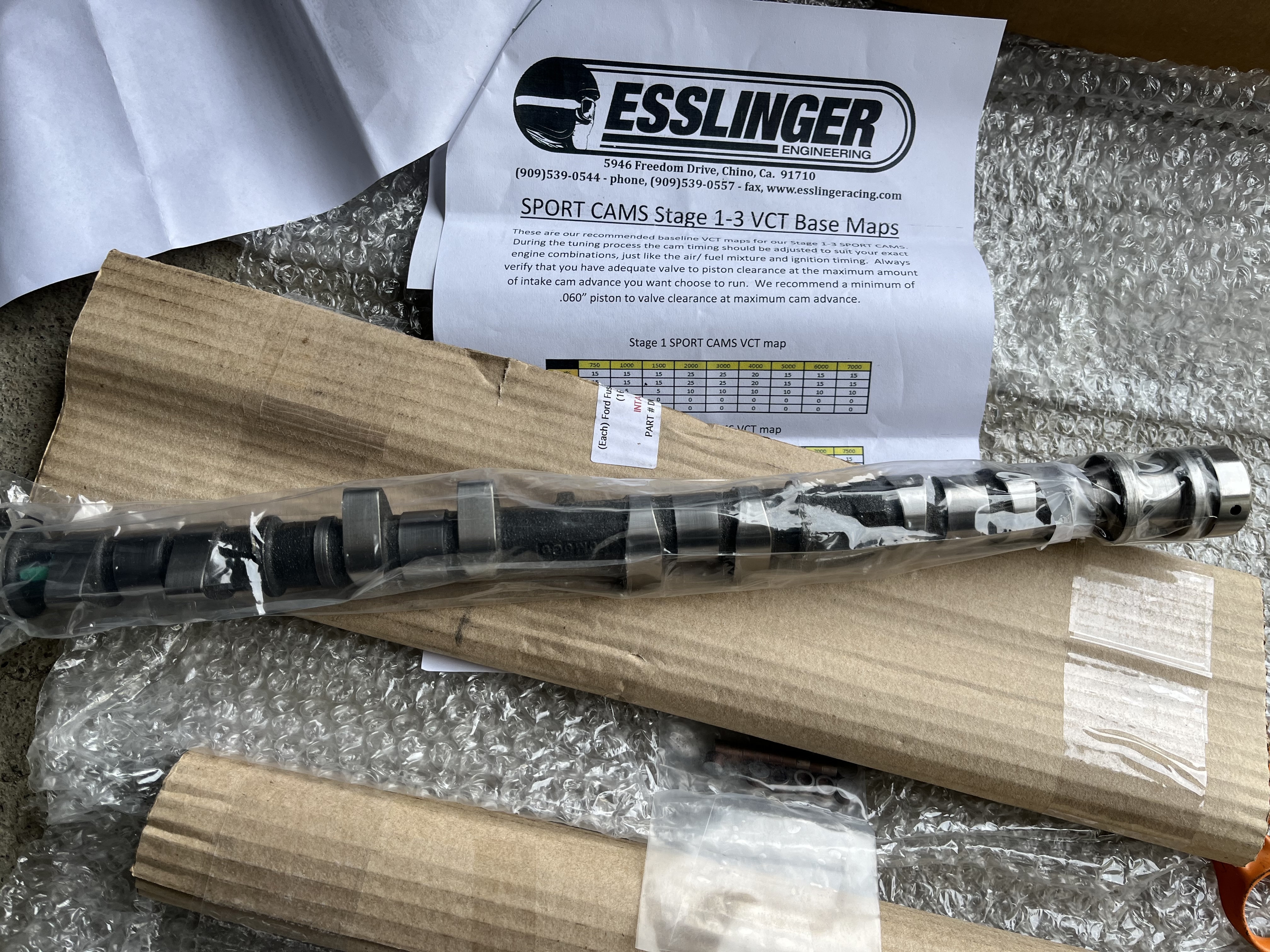 At the end of 2021 season I felt that the stock 2.5l is not enough to keep this hobby interesting.
It’s not the lack of power compared to previous setups, but the power band which is anything but sporty.
Looking at logs I shift at 6300 as anyhing beyond is downhill. This in combination with the 6speed and 4.1 diff is simply not a sports car.

Initial plan was to go turbo on the cheap with WI since I have the EMS and sensors for FI anyways.
But as I found out the cheapest turbo kit for the NC is cheap for a reason… At least I got a bunch of scrap metal to practice my welding.

Inspired by the miata.net users Shifty and MitchelY03 and their results when installing a hotter cams on the L5
I decided to try the Esslinger Stage 2 camshafts

This is the first time I use cams as a power adder since I have always thought the gains of N/A tuning compared to $$ invested seems small compared to even low boost FI setups.
But after years of tracking my car with anything FI I have seen the hurdles that comes with added complexity, weight, heat, failure points etc. Fixing this includes even more complexity and investment and the $ per hp is not far off.

The way I see it for N/A tuning:

I don’t expect crazy power gains. The +27hp on the Esslinger product page is on a fully built 13:1 CR engine, so maybe 15whp on a stock block L5?
But my main goal is to fix the power band to something resembling the NC 2.0. 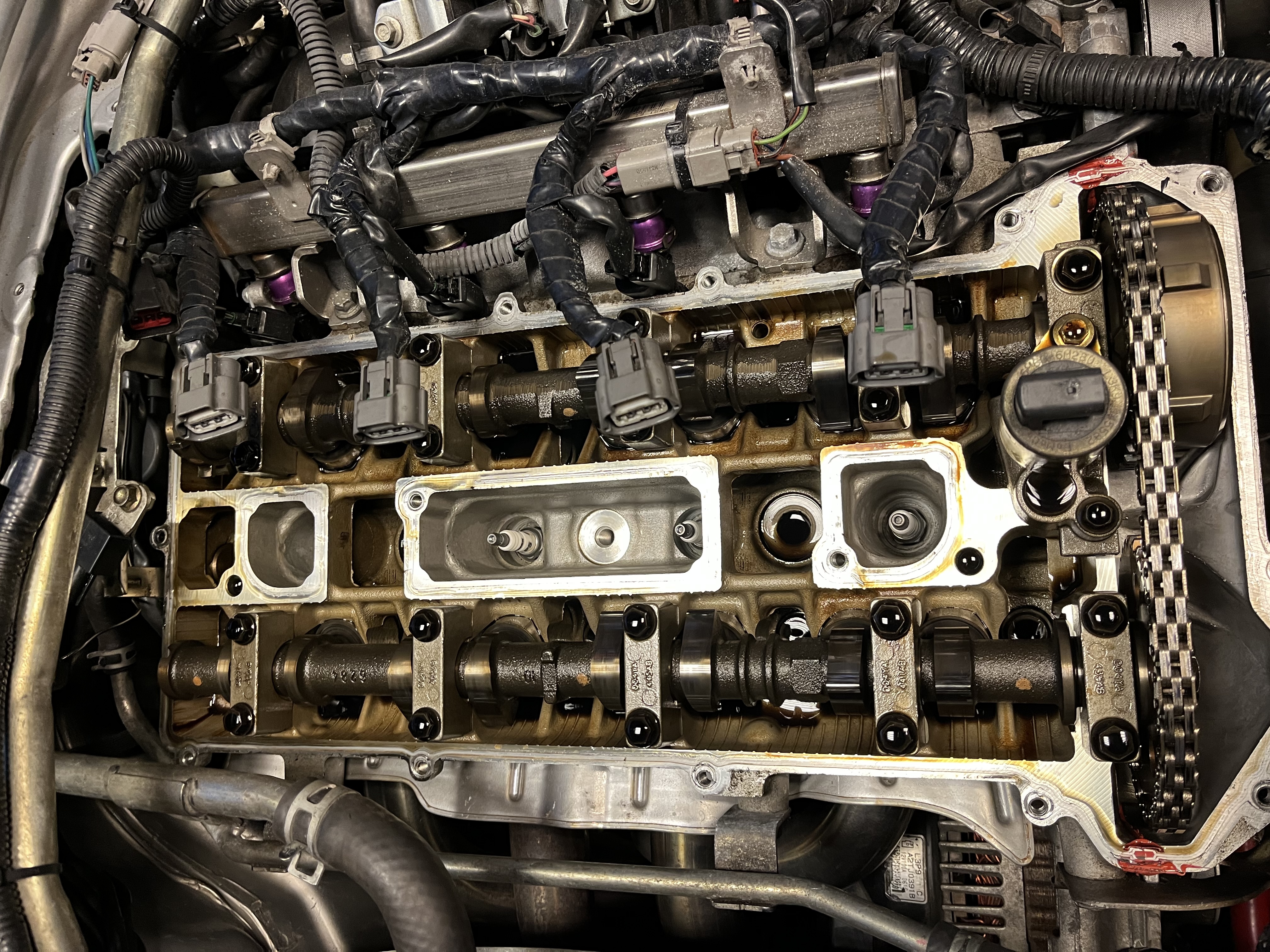 Getting the cams off without removing front cover/balancer was harder than I anticipated. The chain tensioner disable and chain guide lock procedure is more like a riddle in the FSM rather than actual instructions. 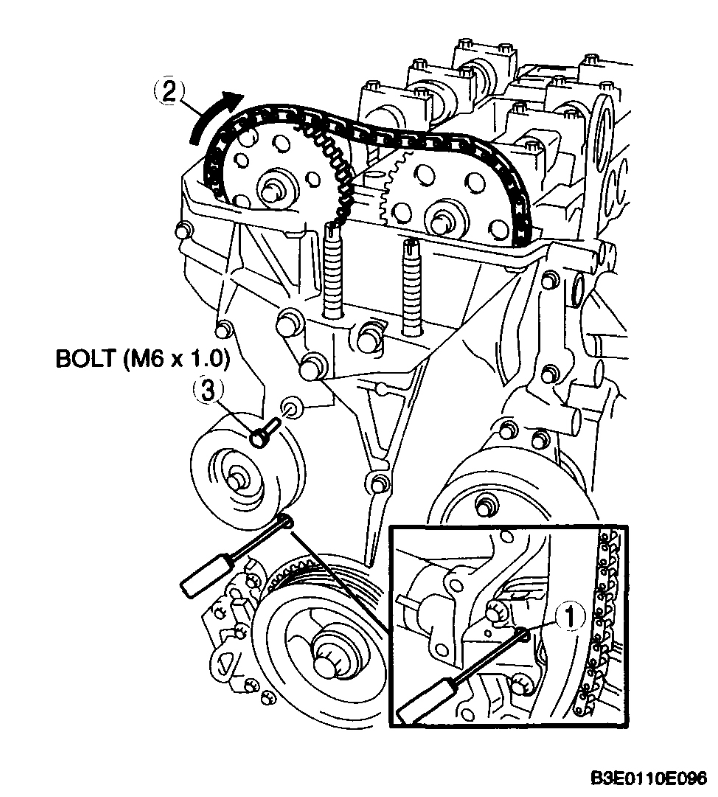 The MZR L5-VE from the Mazda6 MPS does NOT have diamond friction washers on the cam grears… crazy. The only reason I can think of is that all the Mazda6 MPS is AT so shock loads a lower on shifts compared to MT. It’s mentioned in the FSM as well: 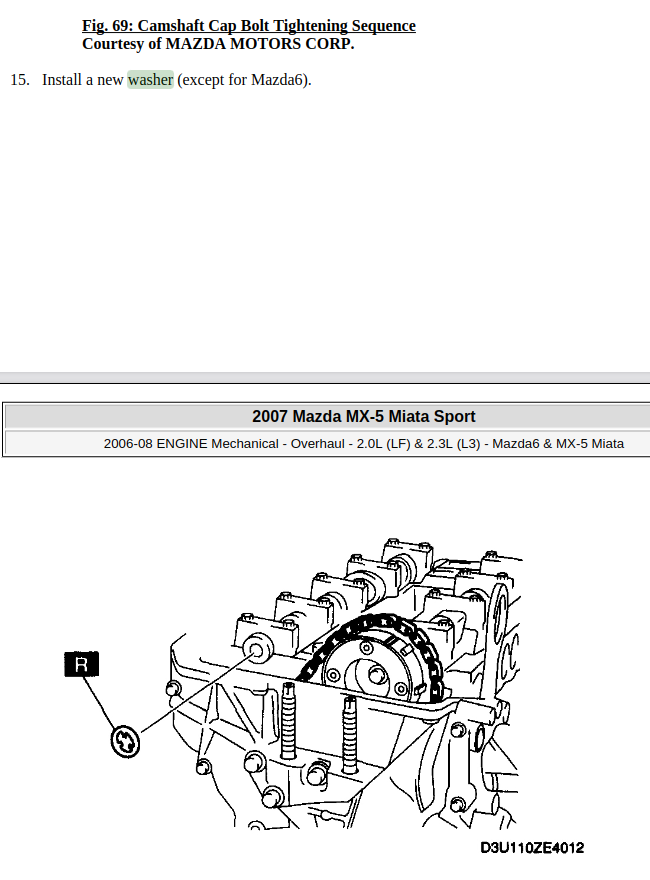 I locked the crank in TDC only using the alignment bolt on the balancer as there will be no force applied to the crank during install.

The Esslinger Sport cams are regrounds of some OEM Duratec cams it seems.
See the difference in base circle.

Trigger ring not welded. Not any reports on Esslinger cams having the issue with this moving as some other brands for the NC. 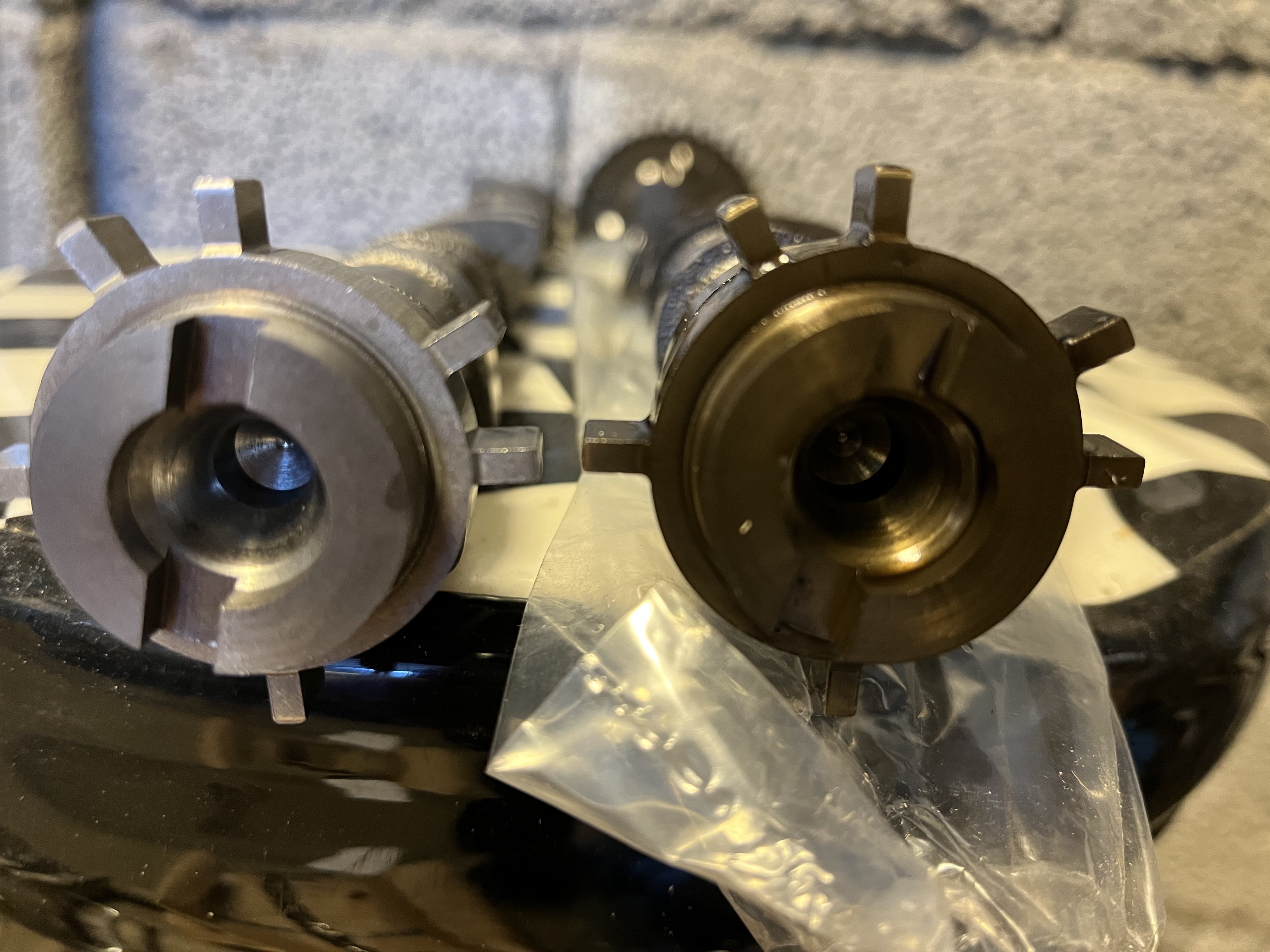 Reinstalling and aligning the VCT pulley takes some iterations as there is no room to tighten the bolt when the cam is installed when front cover is on. Ensure the notches align as well. 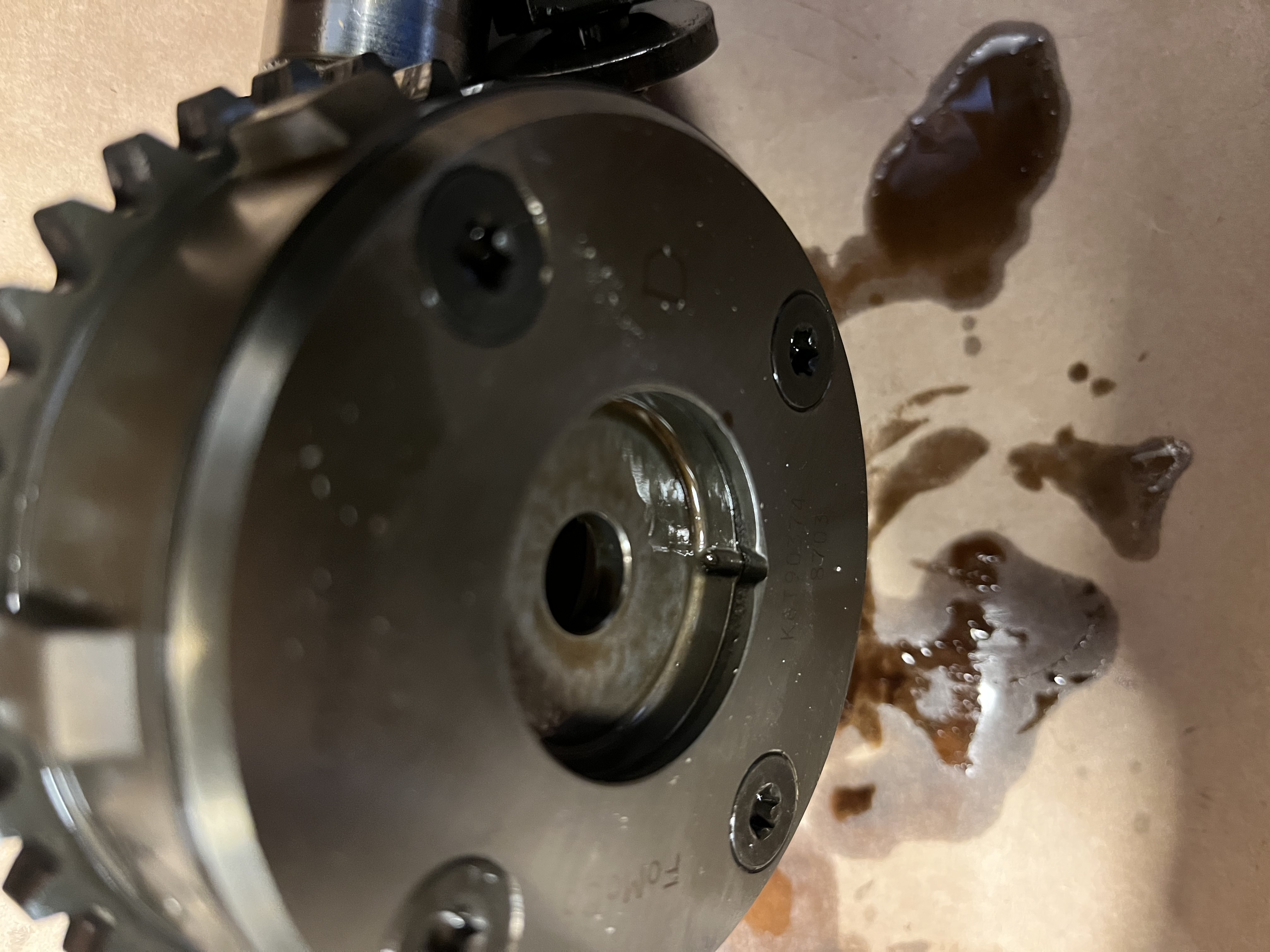 Since the cams are regrounds lash caps are needed. I don’t like this solution as it adds additional weight to the valve train.
But if it works…
The lash measured out perfect after install! Don’t know if that was luck or just precision machining.

I did not degree the cams to verify the Lobe center specs. It says “Drop in cams” on the spec sheet so just used the Massive Timing kit as for OEM cams.

Also I did not upgrade the springs… planned to buy the K3K9-12-125 locally but they are on back order from Mazda and have been for a long time.. So I’ll keep red line set to 7K for now. I will dip into 7500 during tuning to see if springs are worth it though.
With my 2.0-block/2.5-lhead/2.0-cams-hybrid I wrung it to 7500 on the track for years. No valve float or damage to valve seats, but that is a milder cam. 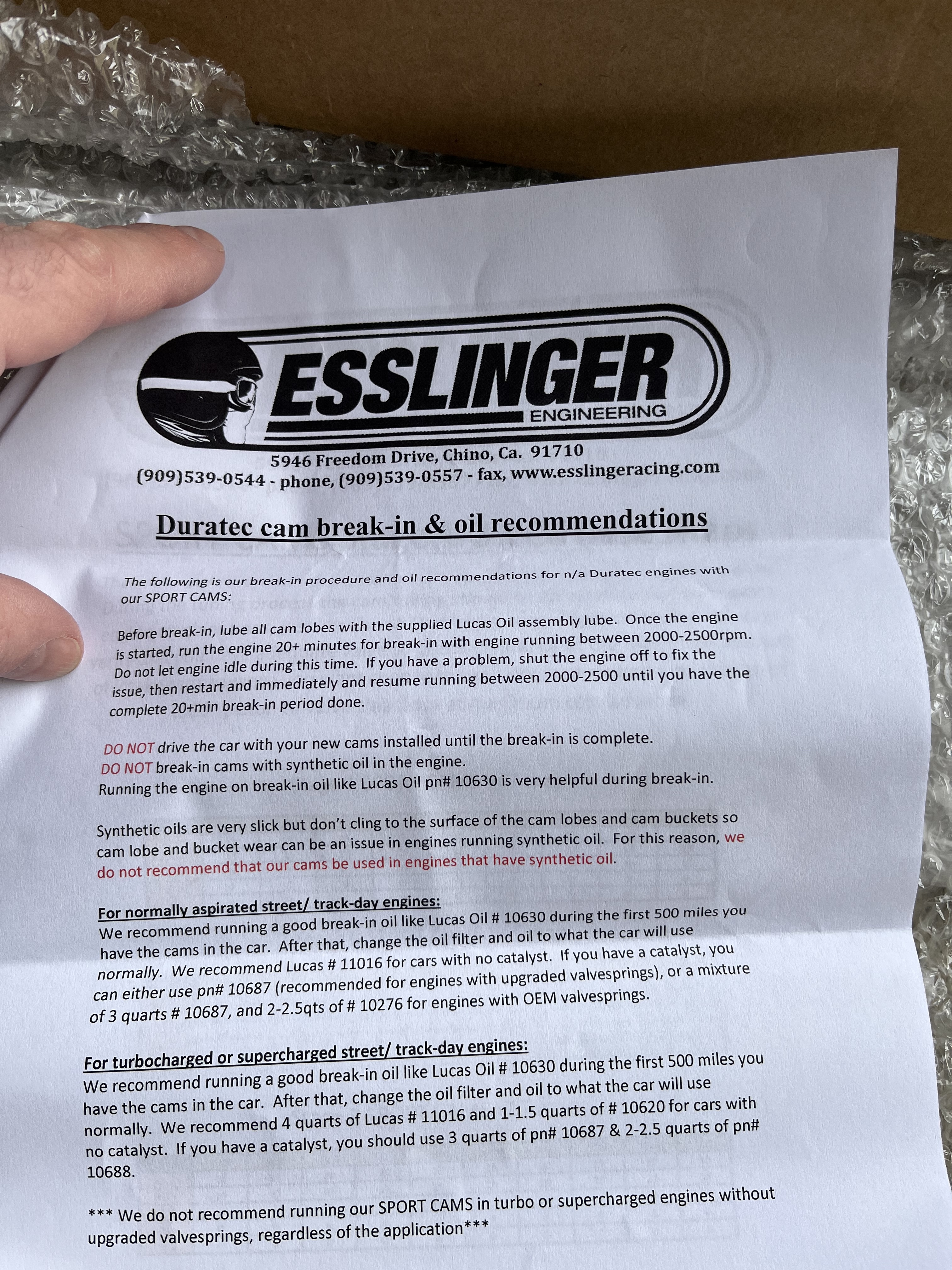 Since many of the parameters influences each other it’s an iterative process. I don’t mind.

With the current state of the tune I can already declare this a success. The power band is totally transformed.
It’s at least as peaky as the NC 2.0.
6-7K is now a rush to the red line and torque is still plenty down low. Pretty sure this will pull at least to 7300.

No power figures from VD yet. I’m doing all pulls in 3rd so not 1:1 and my local usable straight road is a slight uphill though so only good for comparison between changes.
Will do some power pulls in 4th to compare my stock cam 160whp pull when tune is dialed in.