Pressure in the cooling system... 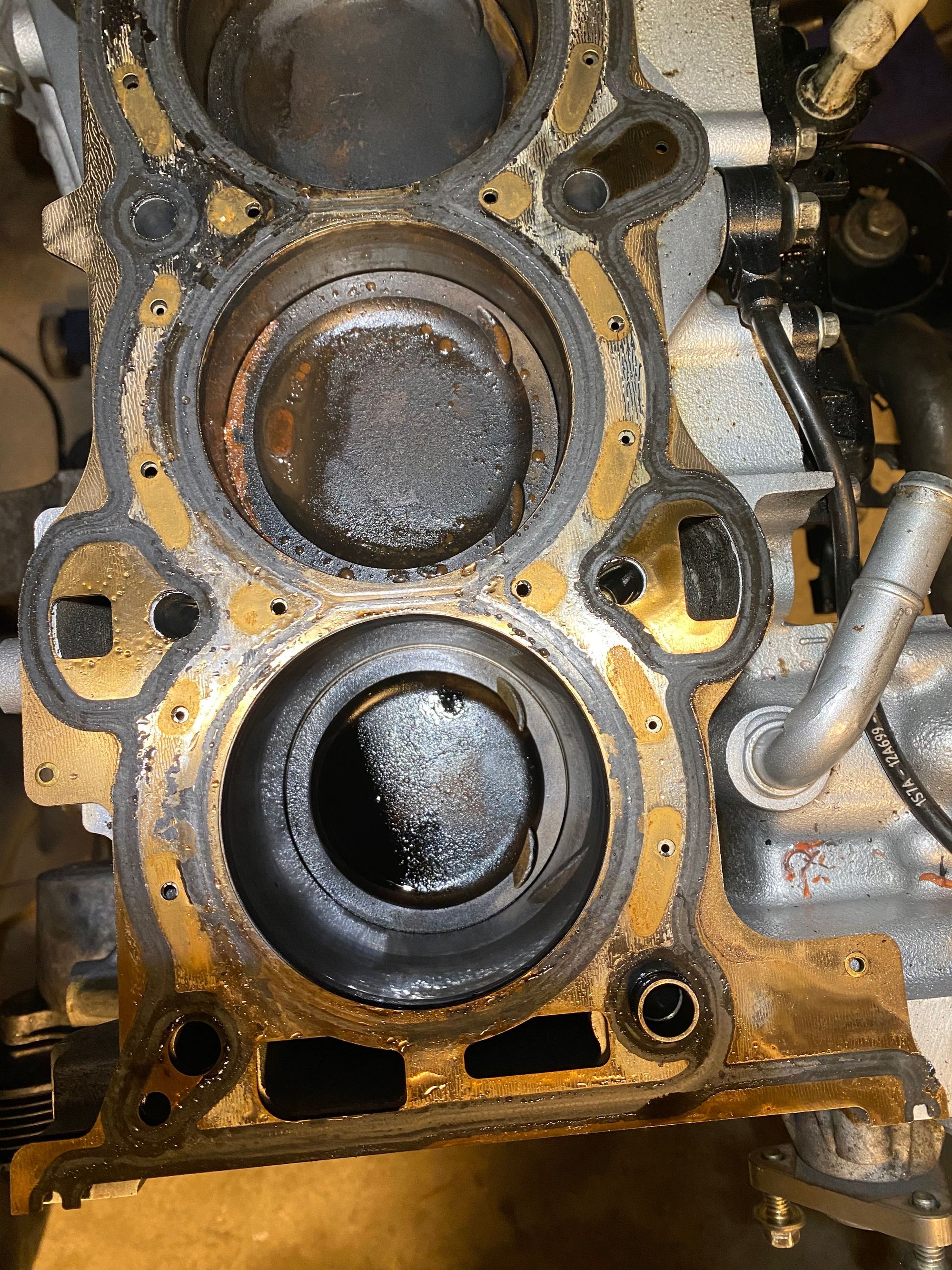 The 2020 season has been less than optimal. Managed to crack a piston/bore in my beloved 2.0 and then spending the rest of the season fighting pressure in the coolant system for both the Supercharger IC and engine cooling on the new 2.3l engine

The supercharger coolant leak started already in 2019 and got gradually worse. Finally diagnosed and fixed in this post with some $2 O-rings.

The engine coolant pressure problems on the 2.3l engine is not that simple. During full boost and max attack on the track coolant is spewing out the overflow after 1-2 laps (~ 4-5 min).
Further testing and diagnosing is hard as I’m not able to replicate the problem on public roads (without considerable risk). No visible oil in the coolant or milky oil on the dip stick.

Despite of the problems I attend a trackday in September for more testing after fixing the SC o-ring issues + reverting heater bypass in hopes of it being the source of the problem.
On my way to the track I “might” have done two back to back 50-220 kph pulls on a very empty freeway without ANY water spewing out. Hopes were high that the problems was fixed.
But no. Already on my first hot lap I had coolant spewing out the bonnet vent onto the wind shield.The hose from the overflow tank was directed to a soda can, so when the coolant was visible it had already put out 0.5l . Best 2500 NOK trackday of my life.
SC leak was fixed though.

Well, enough of me spreading joy and happiness. Here are some uninspiring pics of the tear down and theories on how this might have happened  :

Removing engine was as uneventful. Did look into the possibility of removing it with the transmission attached but I would say that is not possible or way more work than just doing the trans bolts.

Valves and chamber looked ok. Cyl #4 had more residue and oil on the exhaust valves.
The sticky layer could be residue from coolant as it felt more gooey than oil.
Tailpipe also had a layer of sticky stuff which might be some kind of coolant/oil mix.

Looking at the pistons and cylinder walls it was obvious that there has been coolant involved.

Cylinder #2 had a thick layer of sludge on the top of the piston. Did not look like Oil but I have no idea how coolant ends up looking when entering the combustion chamber.
Cylinder walls looked ok but will have a closer look when I remove the pan.

So this might very well be the source of my problems.  Due to Covid and Norwegian holiday the OEM HE I ordered locally was on “back order”. So I regrettably used an aftermarket HE that came with with short block to get it ready for trackdays in August and September.
Visually it does not show that much of a difference but after disassembly I discovered that it’s only two layers, not three like the OEM.
Also the black sealing layer is more flaky after use. jaja..

So to the final letdown. Warped cylinder head:

YES I KNOW! This is not a lab grade $$$traight edge forged between the legs of virgins in pure Beskar Steel. However, I got consistent results by comparing measurements on both edges of the ruler and also comparing it to the block surface (perfect) vs. the head (warped) .

I measured as much as a 0.1 mm / 0.004” off on both parallel and cross measurements.
According to the undisputed truth of the holy Internet anything above 0.05 mm / 0.002 “ means surfacing the head is needed. So that’s what I need to do I guess.

So what  happened here ?

A warped head would lead to bad sealing of the HE, but how did it warp in the first place ?
The most common cause of distortion is heat caused by lack of cooling. I have however never seen engine coolant temps as measured by the stock sensor go over 95 C on my optimized cooling setup. Certainly not on this engine.

I don’t know.
But unless I find some Easter eggs when removing the pan I hope surfacing the head and a fresh OEM head gasket will do the trick. I might use the ARP head studs I have on the shelf as well.